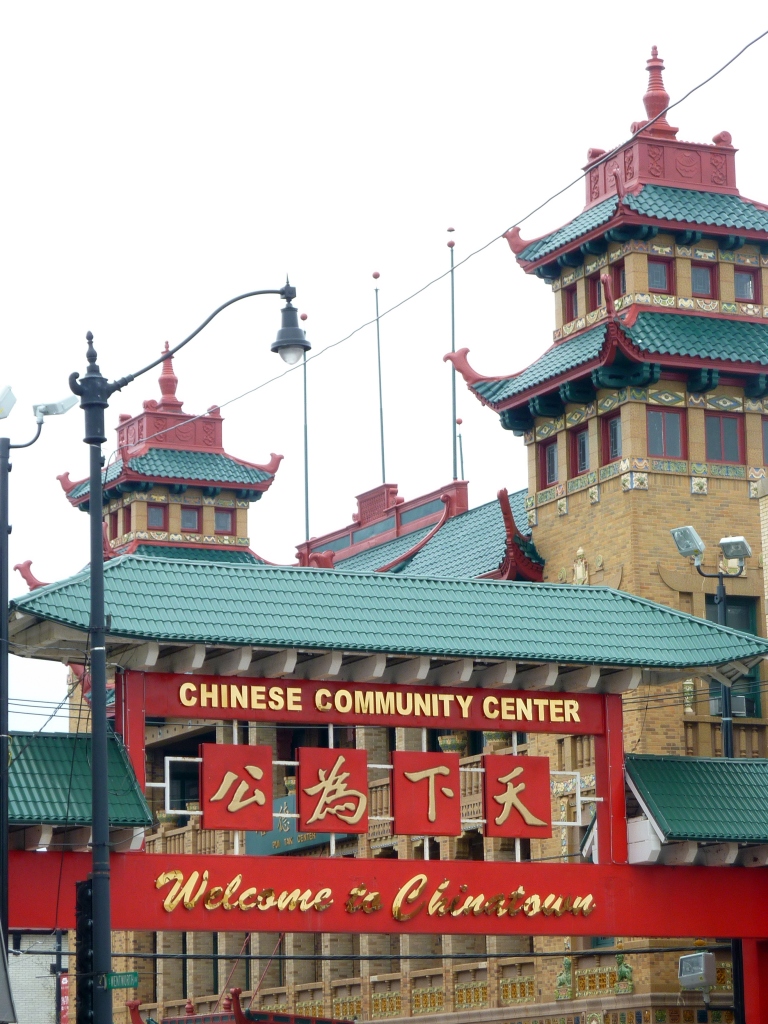 Because I am heading to NYC  for the week and unable to profile a new building, I hope you instead enjoy this recycled article first published in April 2010.

When plans for the On Leong Merchants Association Building were revealed in 1926, the Chicago Tribune ran an article calling it “one of the most expensive and elaborate buildings ever erected in America by the Chinese.” The On Leong Merchants Association, the original owner of the building, was one of the most prominent Chinese organizations, or “tongs”, formed in response to the rampant discrimination Chinese were facing in Chicago during the first decade of the twentieth century.

Due to escalating racial tensions, in 1902 the U.S. government passed the Chinese Exclusion Act, which limited further Chinese immigration, and prohibited Chinese women from joining their husbands in America. The Chinese government responded by boycotting all American-made products. This infuriated Chicago’s western population who forced the Chinese from their small downtown settlement on Clark St. between Adams and Van Buren by drastically increasing their rent, and ultimately reappropriating their properties for the construction of a new federal building. With no where else to go, in February of 1912 the entire Chinese community moved from Clark street to present day Chinatown, around the intersection of Wentworth Avenue and Cermak Road.

Faced with a growing population and growing hostility, the On Leong Merchants Association quickly became a much-needed community organization. In Chinese, On Leong means “prosperity peaceful conduct.” The mission of the association was to help the Chinese community assimilate to American customs and laws, while also preserving their native culture. The association provided accommodations for new immigrants, organized community activities, offered job placement and match making services, and led a Chinese language school for children. Before long a headquarters was needed to combine all of the association’s services under one roof and serve as a permanent symbol of the Chinese community to the rest of Chicago. 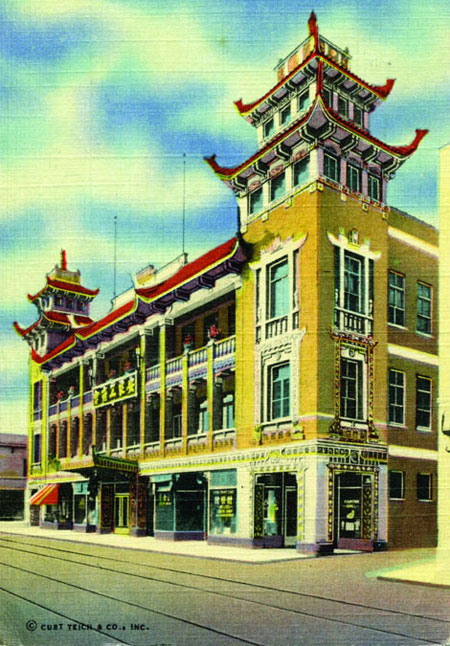 Completed in 1928, The On Leong Merchants Association Building was designed by the Chicago based architectural firm of Michaelsen and Rognstad. Having two architects of Norwegian descent design a Chinese business and cultural center might seem like an odd choice. However there were no Chinese architects licensed to practice in Illinois, and no existing examples of traditional Chinese architecture close by to use as inspiration. One of the association’s leaders had previously worked with Michaelsen and Rognstad, and recommended the firm. The architects gave themselves a crash course in traditional Chinese architecture through referencing a series of books on the subject. Michaelson focused his energy on the building’s engineering, leaving much of the stylistic decisions up to Rognstad. The community was pleased with the building’s design that both referenced classical Chinese elements, and adjusted to the association’s modern and unusual mission.

Colorful terra-cotta completely clads the first floor and provides decorative accents for the floors above. Terra cotta was similar enough to the Chinese material liu li that it worked well as a substitute.  Reminiscent of traditional Chinese buildings, the On Leong building is characterized by its tile roofs and overhanging eaves. Red, symbolic of joy, and jade green, symbolic of affluence, are the dominating colors of the building. White, the color of death and mourning was avoided. 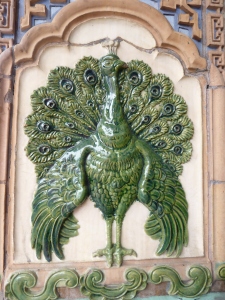 Though the On Leong Merchant’s Association was the center of Chicago’s Chinatown community for decades, it no longer operates out of the building today. In 1988 the FBI and Chicago police raided and seized the building, having uncovered a large gambling practice. In 1993, the building was purchased by the Chinese Christian Union Church and renamed the Pui Tak Center. Still the loved symbol of Chicago’s Chinatown, it is the neighborhood’s only landmarked building.

If you’re interested in learning more about Chicago’s Chinatown be sure to check out the exhibit “My Chinatown” up now at the Chicago History Museum. And click here for the Pui Tak Center’s website.