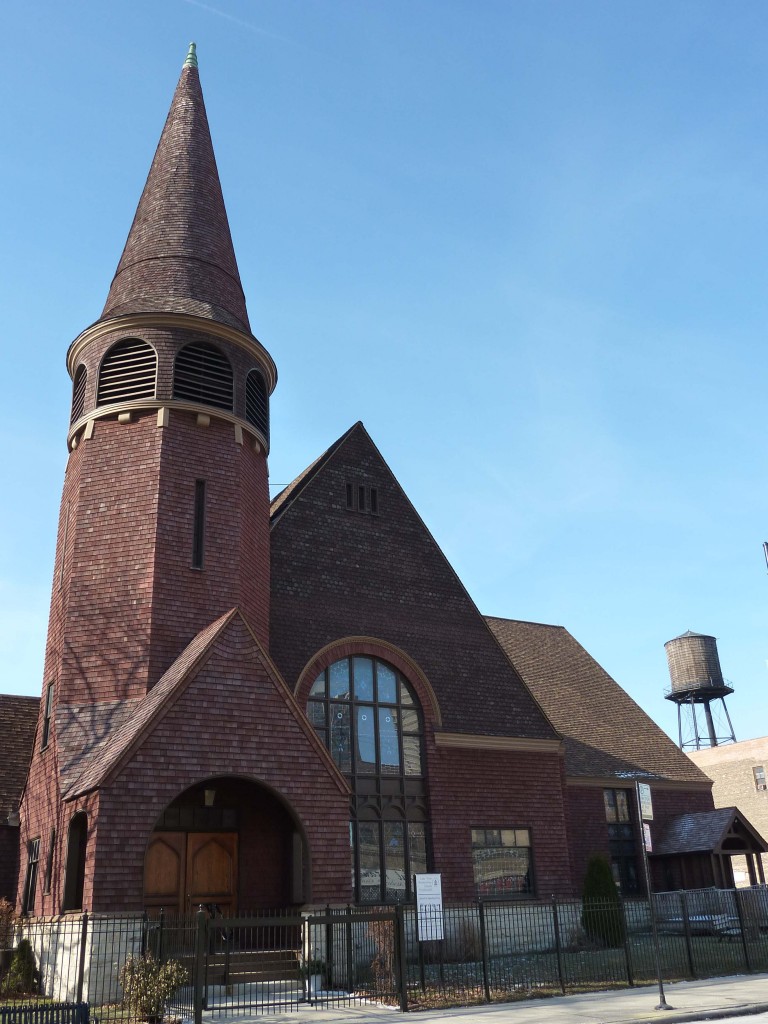 John Wellborn Root (1850-1891) once wrote “Reason should lead the way, and imagination take wings from a height to which reason has already climbed.” And so it is with his design of the Lakeview Presbyterian Church. It is grounded in carefully massed, simple geometric forms: triangular steeped roofs, an octagonal tower, conical steeple, and circular arches. But it is in the details – found in the art glass windows, the barely visible spiral pattern of the steeple, and artfully carved interior trusses – where Root’s imagination takes flight.

The Lakeview Presbyterian Church was completed in 1888 – the same year as Root’s famous Rookery building in the Loop. At the time of construction, what we now know as Lakeview was part of a quiet suburban community called the Lake View Township. In 1889 the township was annexed to the city of Chicago (thus increasing the city’s population) in conjunction with our bid for the World’s Columbian Exposition. Led by Dr. Thomas H. Skinner, the church had its beginnings in 1884. Meeting sometimes in the town hall, and often under a tent where the church sits today, the congregation asked Root to design their church. 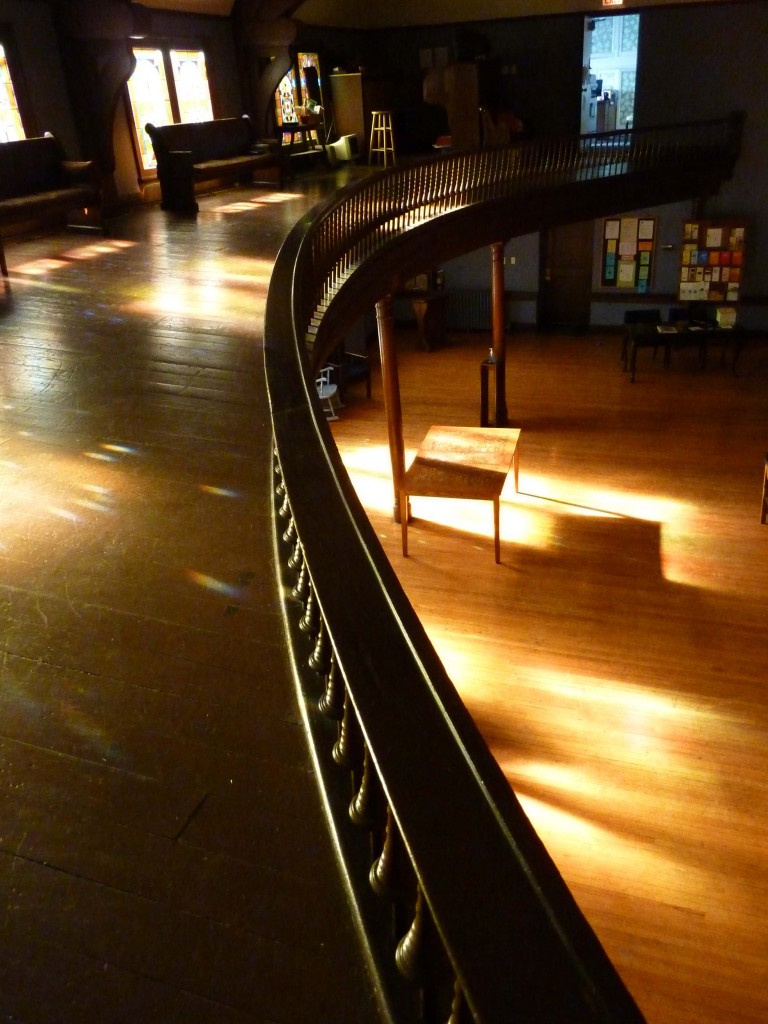 Root worked closely with his partner Daniel Burnham (1846-1912), and the two together were a vital force in shaping Chicago’s architectural landscape. They designed such history-making buildings as the Montauk Block (demolished), the Rookery and the Monadnock. Burnham later went on to be the chief planner of the World’s Columbian Exposition and the man behind the 1909 Plan of Chicago. Burnham was the firm’s business man and Root was the designer – each in awe of the other. Burnham once said to fellow architect Louis Sullivan, “My partner . . . is a wonder, a great artist. I want you to meet him some day; you’ll like him.” It would be hard not to like Root, or at least be impressed by him. As the historian Donald Miller wrote, “[Root] could sing before he learned to talk, began drawing almost as soon as he could hold a pencil, and played the piano as well as his teacher when he was barely twelve.” Root’s artistic sensibilities are seen all over the Lakeview church – inside and out.

Because the church was located outside the limits of Chicago’s control, Root was not restricted by Chicago’s ban on wood construction (implemented after the Great Chicago Fire of 1871). Cedar shingles in a spectrum of earthen colors decorate and define the exterior of the church. Though, it hasn’t always been this way. 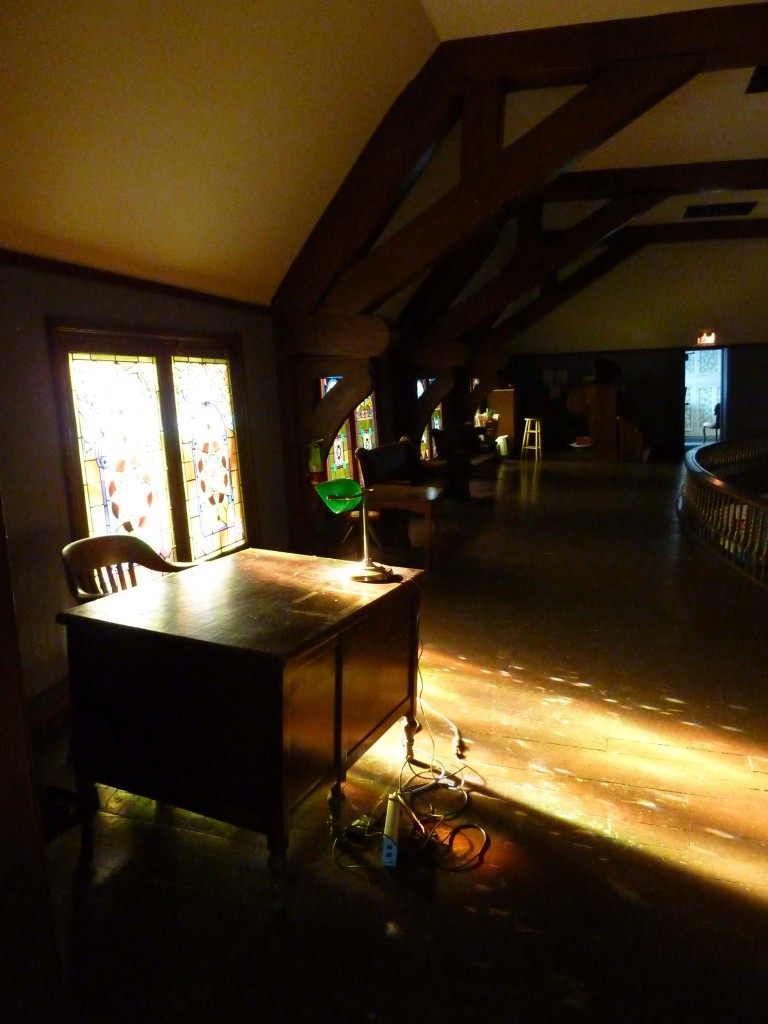 The church has gone through numerous alterations since it was first built. By 1898 the congregation had already outgrown the building and built a large addition, nearly doubling the size of the sanctuary. A wide open space – what is now visually the back of the new sanctuary – originally was the front of the church. The windows, executed by Healy & Millet, that line the sides of the sanctuary once decorated the area behind the original alter. In the 1940’s the church was re-clad with asbestos shingles and painted white with green trim. Root’s carefully considered design was hidden for decades. In 2005 The Lakeview Presbyterian congregation finished restoring the building to its 1898 appearance under the direction of the their pastor, Joy Douglas Strome, and the architectural firm of Holabird and Root (the descendents of John Root and William Holabird’s firms). The church was re-shingled and fireproofed. The art glass windows were restored.

And so today we’re lucky to see what Root once saw. Burnham said of his partner’s composure at work, “He could really see it. I’ve never seen anyone like him in this respect. He would grow abstracted and silent, and a faraway look would come into his eyes, and the building was there before him – every stone of it.” Or in the case of the Lakeview Presbyterian Church – every shingle. 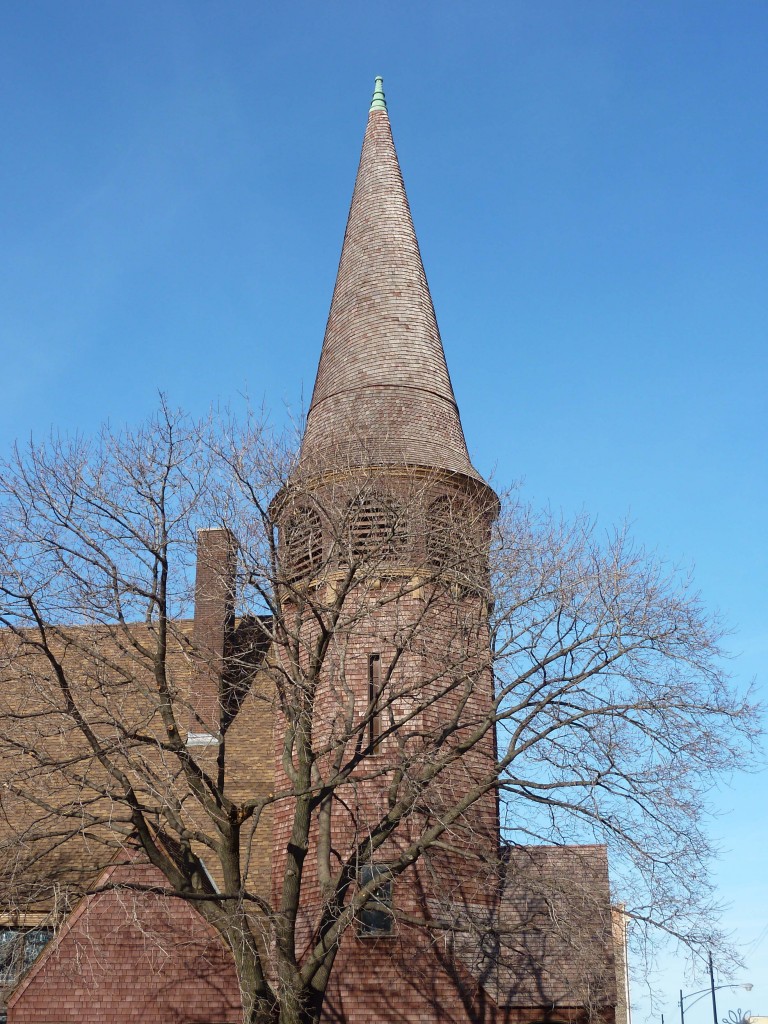 The transformation the church went through in the last decade is noteworthy – so much so that the church was awarded a 2005 AIA Distinguished Building Award for its exterior restoration and a Landmarks Illinois Richard H. Driehaus Foundation Preservation Award in 2008.

Visit the Lakeview Presbyterian Church to see this gem of a building yourself. Just walk right in — they’re a welcoming congregation.