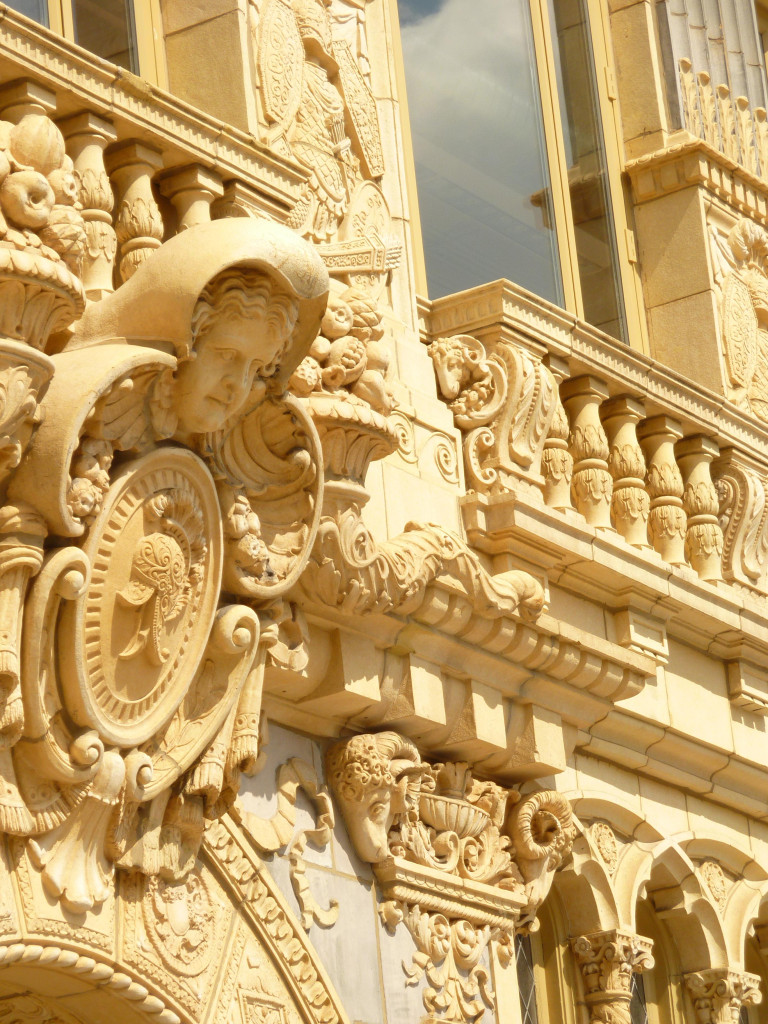 During the 1920’s, Chicago skyscrapers were rising and so were hemlines. Money was flowing, women were voting and everyone was dancing the Charleston. People were showing off and so were buildings. Few buildings exemplify this more than the Uptown Broadway Building.

The Broadway Building was one of many buildings popping up in Chicago’s Uptown neighborhood in the early twentieth century. The neighborhood was originally a part of the Lake View Township – a quiet suburban community. In 1889 the township was annexed to the city of Chicago (thus increasing the city’s population) in conjunction with Chicago’s bid for the Worlds Columbian Exposition. Ten years later, in the year 1900, the elevated trains came to Uptown. Over the next two decades Uptown’s population soared. It quickly grew to be the center of the entertainment industry. Charlie Chaplin and Gloria Swanson began their careers in Uptown before heading off to sunnier places. The Uptown Theater, the Aragon Ballroom, and the Green Mill, as well as numerous smaller theaters, were all citywide destinations. Uptown was a happening place, and no longer a quiet suburban community.

Though the Uptown Broadway Building was built to accommodate mostly doctor and dentist offices, it was designed with the same pizzazz as the neighboring vaudeville theaters. It was completed in 1927 and designed by architect Walter W. Ahlschlager. At the time Ahlschlager was a prominent Chicago architect. He designed a number of Chicago’s expansive apartment complexes, and numerous movie theaters in New York, Chicago and the greater Midwest. But he was best known for his towers: the Intercontinental Hotel in Chicago (the one with the gold Moorish dome at its top on Michigan Avenue), and the Carew Tower in Cincinnati. Today Ahlschlager’s name has fallen mostly into obscurity. If however, his Crane Tower – what was to be the tallest building in the world at 1,022ft – had been built on Randolph St. as planned, we’d all be very familiar with the name Ahlschlager today.

The Uptown Broadway Building was designed in the Spanish Baroque style – a sculptural approach to architecture first introduced to this country through the buildings of the Panama-California World’s Fair in 1917. In keeping with the “Roaring Twenties,” the Uptown Broadway’s use of ornament is nothing short of excessive. Musical instruments, military trophies, ram heads, cartouches, urns, and cornucopias decorate the building. Every inch of the façade is made of terra-cotta. It was built during the height of the terra-cotta industry. And with three of the largest terra-cotta companies located in Chicago, it was cheap and easy to completely cover a building in the easily molded material.

Little else is known about the history of the building. However, rumors abound about a shady history involving the likes of Al Capone, one of Uptown’s most notorious denizens. Many claim that Al Capone was involved in building the Uptown Broadway and ran a speakeasy out of the basement. Though the existence of a speakeasy hasn’t been proven, the building’s basement is connected to a tunnel system that Al Capone used when he needed a quick escape from the area.

Interested in taking a virtual tour of the Uptown Broadway Building? Explore the building through the realtor’s website. The Uptown Broadway recently went through an impressive exterior restoration at the hands of the architectural firm Space Architects + Planners. And if you’re interested in learning more about Mr. Ahlschlager, read all about his work in a 1921 issue of the American Builder Magazine.